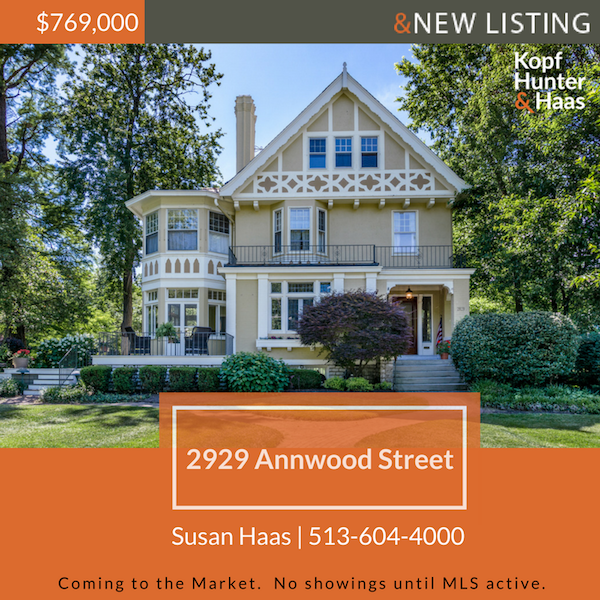 Historic Home Coming to the Market

Coming to the Market on June 9 is this Historic home in East Walnut Hills, 2929 Annwood Street.

Enjoy the elegance and warmth of this 1893 stately Queen Anne style home located in the East Walnut Hills Historic District. Known as the “Dale House” for the Benjamin Dale Family who were long term residents prior to the early 1970s. During the downturn in the neighborhood in the 1960’s, the house where Annwood Park is now, had fallen into disrepair and a group of neighbors, including the Dales, purchased the home and converted the property into a park. At that time, the Dales installed a flag pole and plaque in the park honoring their only son, Lt. James Van Hamm Dale who died in 1953 in the Korean War. There was another owner, the Mooney Family until 1979, when the current owners purchased the home. You can enjoy the sound of the water in the grotto in the park from the outside deck.

2929 Annwood with its distinctive style is a dramatic contrast to the beautiful colonial homes on the street. The interior features rich architectural detail such as hardwood floors throughout, wainscoting, and crown and picture molding which meld with exceptional comfort and graciousness ”“ each detail a part of the whole. The exterior features lush landscaping, a three-tiered deck, an historically correct gravel drive and a rear two car garage. 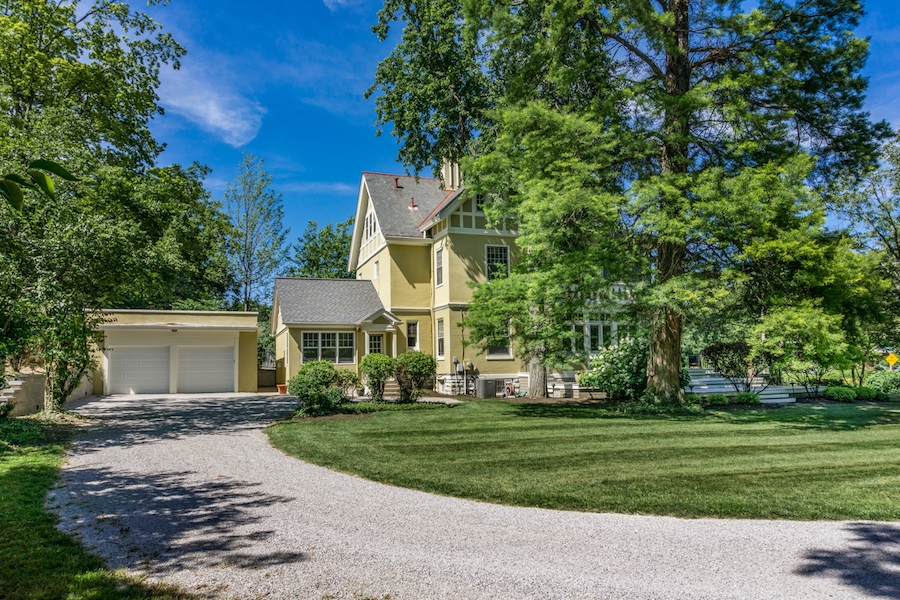